Kazakhstan is a country with rich and very interesting traditions, because they were formed under the interweaving of many cultures of the peoples of Central Asia. Below, you can find only a few. Having visited Kazakhstan, you can definitely find out the main thing - hospitality.

It’s traditionally customary for the Kazakhs to arrange one and invite many guests for almost any reason and for almost their entire lives. Birth, laying a newborn in a cradle (besykke salu), the first steps of a child (tusau kesu), the first landing on a horse with the transfer of a spear and a lash (atka otyrgyzu), circumcision (tunic of that one) ... And this is only the beginning of life.

In the tradition of the Kazakhs, it is customary to hold 2 weddings - Kyz Uzatu and the usual general wedding. Well, the weddings in general among the Kazakhs is a separate and huge ceremony, consisting of many stages. First, “Where to Tusu” - matchmaking, after the matchmaking, the collection and payment of kalym by the relatives of the future groom for the bride began. As soon as the affairs with the kalym were over, the newlyweds could go on to the so-called first acquaintance - “Uryn Kel”, when a big celebration was held with a feast and the newlyweds could already communicate with each other without any interference. After this comes “Kyz Uzatu”, a holiday when the girl leaves her father’s house and leaves for her husband. The celebration is accompanied by a feast with a bunch of treats and of course, as without dancing and songs. As soon as the bride left her parents' house, she was waited for by the next rite - “Kelin Tushiru”, when the bride was left not far from her husband’s house, where she was already met by her husband’s relatives and she entered their common house. After the bride arrived at her husband’s house, it was the turn of a “certain cue”, where, according to Muslim traditions, marriage was already concluded and the celebration of a new young family began. 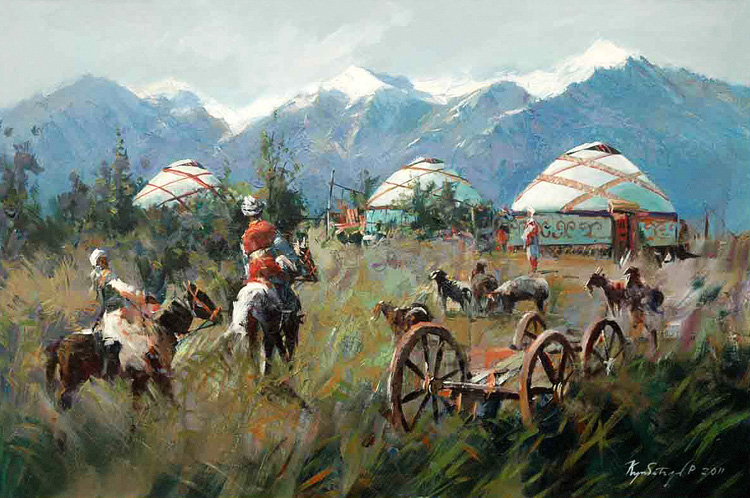 Asar is one of the most remarkable and important traditions of the Kazakhs. In ancient times, the Kazakhs had practically no poor or needy people, since relatives always came to the rescue. The fact is, for example, a family that had problems could always call, and relatives should come to the aid of those in need. Whether it was hard work, housing, help with cattle breeding or other problems, relatives were obliged to help.

Baigazygazy - if you have purchased something new, then you will definitely be given something in honor of this.

Konakasy. Kazakhs have always been considered one of the most hospitable people and, according to tradition, were obliged to feed a guest or a traveler who came to them by chance. If for some reason this was not done, then this was considered a bad sign not only for him, but also for nearby people. Therefore, if this tradition is not respected, those who violate it could be punished

Yerulik is another great tradition. If someone new arrived in the village, a big celebration was organized for them, where new neighbors presented gifts to new arrivals to make their life easier. It could be various household items cattle, water, firewood and everything else that would be useful in later life 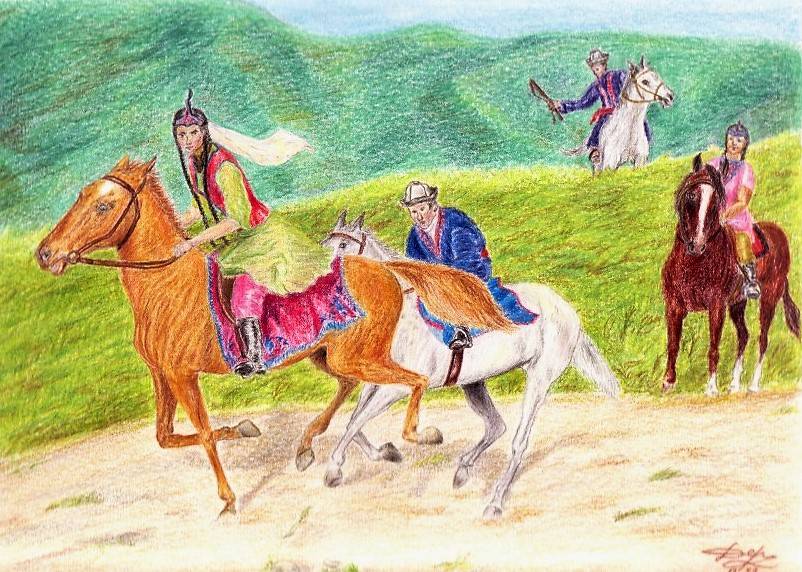 Konakkade is a tradition by which a guest should sing or tell something interesting to the owner of the house.

Sundetke otirgyzu. This is probably the most important holiday for boys. According to this tradition, Mullah was invited to cut a piece of foreskin. After that, a big feast was arranged and the guests brought the boy many rich gifts.

Auyzyna Tukirtu - in translation means "spit in your mouth." According to ancient traditions, if a noble akyn, warrior or other prominent person spits in the mouth of a child, he will pass on with this a piece of his strength.

Kyz Kuu. According to this tradition, if a young man wanted to achieve a girl he liked, he had to catch up with her on a horse, then he could kiss and marry her, if he did not catch up, then the girl could beat her failed groom with a whip.